Head of School of Computer Science and Technology 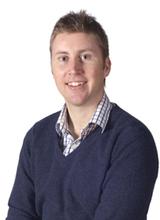 He was promoted to Principal Lecturer in August 2011. Between January 2013 and August 2015 he oversaw the running of the University's Milton Keynes campus

Paul completed his PhD from King's College, London in 2003 with a thesis entitled "Algorithmics of edge-colouring pairs of 3-regular trees" and prior to this, a BSc in Computer Science from the University of Liverpool (1999).

Paul is an active member of the British Computer Society and a Chartered Information Technology Professional (CITP) as well as being a fellow of the Higher Education Academy and a member of the Institution of Engineering and Technology (IET).

Paul always maintained strong links with the School of Computer Science and Technology and is research active, being a local PI on the HEFCE funded MK: SMART www.mksmart.org project as well as being the Director of Studies of four PhD students.

I have expertise across a wide range of computer science areas including object-oriented programming, cyber defence, information security, project management, algorithm design and software engineering. I have been teaching since 2003, and have delivered across all levels from foundation year through to postgraduate level.

My research interests lie in the application of efficient computing solutions to problems. Specifically, I am interested in efficient solution development for applied problems in the areas of Cybersecurity, algorithm design and the Internet of Things.

I am actively involved in a number of external roles in order to help the academic and wider community. This includes being an External Assessor (British Computer Society); STEM Ambassador; External Examiner (taught courses) and External examiner (PhD and research degrees).

In his spare time Paul enjoys a large variety of sports including: competitive athletics, marathon running, football and swimming. He also regularly attends the gym.

@uniofbeds
We've been delighted to be able to hold our first round of in-person graduations over the last few days! 🎓 For Nove… https://t.co/TBHZk89Sle

@uniofbeds
RT @DrJW_2007: Dr Jane Williams 👩🏻‍🎓. PhDone Thank you to my amazing supervisory team for all the amazing support over the hardest yet…

@uniofbeds
Congratulations to all our Health & Social Science students who graduated in our 1:30pm ceremony today! 🥳👏🎓… https://t.co/z6jivi4JAZ

@uniofbeds
Congratulations to all our Health & Social Science students who graduated in our 10:30am ceremony today! 🥳👏🎓… https://t.co/nSREKSAq4j

@uniofbeds
Congratulations to all our Business School students who graduated in our 5pm ceremony today! 🥳👏🎓… https://t.co/A1IRmdVNu7

@uniofbeds
Congratulations to all our Business students who graduated in our 2pm ceremony today! 🥳👏🎓 #UniversityofBedfordshire… https://t.co/0CP9sWQ5yF

@uniofbeds
RT @uniofbedsnews: 🎉 Congratulations to all of those graduating from @BedsBiz later this afternoon! 🎓 We’re so proud of you! 👏👏👏 #Classof…

@uniofbeds
RT @uniofbedsnews: 🎵📺Check out our latest @tiktok_uk video - all about our 'An Evening With' event next week which is with a famous Luton-b…