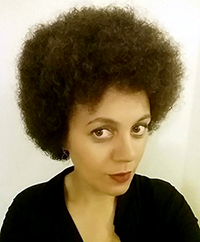 I am a social researcher, concerned with safeguarding young people, social justice and inequality, with a particular expertise in the field of violence and abuse between young people.

Since 2013 I have developed and led the Contextual Safeguarding and peer-on-peer abuse research programmes at the University of Bedfordshire.

I developed Contextual Safeguarding as a theoretical and operational framework which could be used to draw attention to, and address, the social and cultural contexts in which extra - familial abuse occurs. Contextual Safeguarding is currently being operationalised in multiple test sites in England and Wales.  Practitioners are working with members of my research team to understanding the CS framework means in practice, and for young people and families.  The framework is informing policy and research agendas for advancing the protection of adolescence, and has informed the methodologies of 20 case reviews for safeguarding children's boards to identify opportunities for intervening with extra - familial forms of significant harm.

Projects in the Contextual Safeguarding programme have included: the MsUnderstood partnership – formed to build local responses to peer-on-peer abuse; Beyond Referrals – a study to identify the levers for addressing harmful sexual behaviours in schools; studies into group-based sexual violence and peer influence, and; the formation of a Contextual Safeguarding Practitioner’s Network.

Prior to joining the University of Bedfordshire I spent ten years in voluntary and statutory agencies, researching young people’s experiences of community and group-based violence and advocating for comprehensive approaches that keep young people safe in public places, schools and peer groups.

I have advised and influenced justice and safeguarding policymakers on issues including serious youth violence, education exclusions, sexual violence and exploitation and domestic abuse, Since joining the University I have used this experience to identify pathways for research to impact policy and work directly with practitioners to co-create knowledge, recommendations and tools to advance safeguarding practice.