She worked as a post-doctoral research fellow and a senior research fellow before becoming a Reader in 2003 and Professor in 2005. She is the leader of the Cryobiology Research Group since 1995 and the Director of LIRANS since 2008.

Her research has been presented at over 60 international conferences and workshops and has lead to 120 publications with 60+ being refereed papers. She has supervised 18 PhD and 6 Research Masters students. 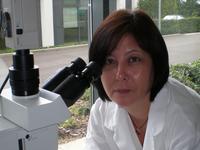 @uniofbeds
If you’re back on campus please refresh yourself on our covid safety measures and see how to book your free on-camp… https://t.co/afHRyfa3em

@uniofbeds
RT @uniofbedsnews: 🆕 Check out this month's edition of @FocusUob which features news of @uniofbeds staff helping in the #vaccine effort 💉 t…

@uniofbeds
RT @uniofbedsnews: "Bedford Green Technology & Innovation Park will sit on a 30-hectare site & is planned to be completed in early 2022...…

@uniofbeds
RT @BHSCA_: A reminder that recordings from both of our previous Lecture Series have been uploaded onto our events page. They highlight som…

@uniofbeds
RT @LLieutenantBeds: Wishing the students and staff at @uniofbeds as safe and happy return to campus

@uniofbeds
We’re excited to be welcoming more students back onto campus from today! 😊 Please check your timetables & uni email… https://t.co/VgVBTM63es

@uniofbeds
As #MentalHealthAwarenessWeek comes to a close we'd like to remind you with @BedsSU that We've Got You! 😊 Visit the… https://t.co/7zMaj6qlr9