“University is such a great experience, regardless of knowing what career you want to go into. I worked the Clearing phones in my first year [at University], and in the office in my second and third years, because I felt It was important to give back because Clearing ended up being a really good thing for me.” 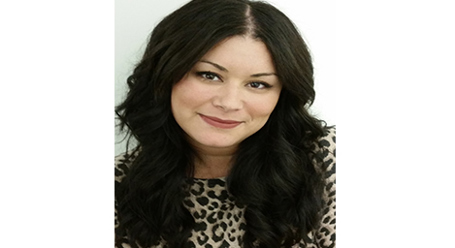 Eighteen years ago, Tamara-Lee Notcutt was frantically calling the Clearing phone lines trying to claim one of the last spots on the University of Bedfordshire’s BA Media Performance with Production Management course. Now, she’s an Emmy-nominated Senior Casting Director at Walt Disney Studios responsible for choosing the likes of Chris Hemsworth for the role of Thor.

Tamara joined what was then the University of Luton aspiring for a career on stage. But her eyes were opened by the wide-ranging course and, having realised she wasn’t cut-out for becoming an actress she turned her attention to a role behind the camera.

“I didn’t think about the different aspects of performing [before I came to university],” she admitted.

“The course made me realise that there are so many different things involved in television and film production.

“I was doing my final performances and thinking, ‘I hate this; I want to be the person putting this together and not the one performing.’”

From Luton to Los Angeles was the next step for a graduate with increasing dreams and direction. Putting to the test the negotiating skills she gained while scrabbling for a last-minute place at Bedfordshire through Clearing, Tamara hassled her way to a career in the States.

“After university I decided I wanted to do an internship in America,” said a reflective Tamara. “I found one for a script developer in Los Angeles.

“The script development job lasted about a month and then they folded so I made friends with the guys that provide equipment to movies that are crewing up.

“There was a movie just starting called The Majestic and I convinced them to let me be a runner. I came across the casting department, who were casting an English movie at the same time.

“I realised that’s what I wanted to do. That was my first break.”

After a year of hard work, including stints on the front desk of a hostel in return for free accommodation, Tamara returned to the UK. She entered the oil industry hoping that one of the many casting companies she’d sent her CV to would make contact. Six months later, one of them – London-based Hubbard Casting – did just that. Tamara’s career was underway.

From there, she worked alongside the late Carrie Hilton – noted for her work on the likes of Doc Martin, My Family and Bend It Like Beckham – before joining the veteran Randi Hiller’s team. Today, Tamara works for Disney and is currently working on this year’s Star Wars reboot (a big Star Wars fan, she daren’t read the script) and the star-studded adaptation of Beauty and the Beast.

During her decade-long career to date, Tamara has cast some of the biggest names and most famous faces in Hollywood.

She handed Tom Hardy one of his breakthrough roles in the US, in fighting hit Warrior; chose everyone bar Gerard Butler in 300, including Michael Fassbender; and alongside Randi Hiller, cast Chris Hemsworth as Thor.

And what’s more, she’s good friends with the majority of them. To us they are magazine front covers and screen legends, to Tamara they are a hug and a nice cup of tea.

“I’ve known all these people from before they were mega stars,” she explained.

“I’ve known Tom [Hardy] forever. My friend, who was my assistant at the time, is the mother of his child.

“I’ve known Tom Hiddleston since he got out of drama school and we’re friends. I’ve had the pleasure of casting him a few times.

“Whenever he’s in LA and has time, we hang out, have cups of tea and go bowling. I even have his piano in my house.

“Every time Luke Evans is in LA, we go karaoking – he’s an amazing singer, and loves a good ‘sing-off’! Michael Fassbender used to live round the corner from me in London so we’d go drinking all the time.

“All of these people are now huge and it’s so funny when I run into them. I don’t see them as much as I used to, as they are all so busy working hard all over the world. I’m so proud of all of them. It shows that hard work and perseverance really pays off. None of these people are overnight hits. They have all been grafting for years and are finally reaping their well deserved rewards”

It’s surreal to think that just over 15 years ago, Tamara was on the phone to a University Clearing operator, yet now her calls consist of mega-bucks deals for box-office hits.

“I think there’s so much pressure on young people to know what they want to do,” she finished. “University is such a great experience, regardless of knowing what career you want to go into.

“I worked the Clearing phones in my first year [at University], and in the office in my second and third years, because I felt It was important to give back because Clearing ended up being a really good thing for me.”