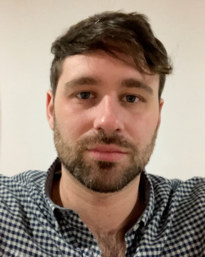 Tom is a political sociologist whose research and teaching sit at the intersection of political economy and social theory. He has published and lectured extensively on the ideological direction of the British Conservative Party, the relationship between political theory and the economy, and work and welfare in the UK and Scandinavia. This focus on how ideas are put into practice is reflected in his teaching agenda which takes concepts like ideology, power and work and asks students to think about how they manifest themselves in the real world. He has also taught extensively on research methodologies at undergraduate and postgraduate levels. He is currently co-Principal Investigator of the research project: What Happened to the Affluent Worker? Deindustrialisation and Identity in Luton.

Tom took up his position in Applied Social Sciences in 2017 and is Course Coordinator for the BA (hons) Social Sciences. He received his Arts and Humanities Research Council-funded doctorate from University College London in 2017 for a thesis on competing political discourses of British and Scandinavian welfare.

Hoctor, T. (2022) ‘Everything old is “neo” again: towards a Marxist hermeneutic approach to political economy’, Angelaki: Journal of the Theoretical Humanities, 27(5), pp.148-161

Hoctor, T. (2022) ‘The consumer, the market and the universal aristocracy: the ideology of academisation in England’, Journal of Consumer Culture. Online First

Hoctor, T. (2020) ‘Coming to terms with the market: accounts of neoliberal failure and rehabilitation on the British right’, British Politics 0(0), pp.1-16.

In addition, Tom has acted as a reviewer for inter alia: Politics and Governance, The Journal of Consumer Culture and as an external evaluator for the Austrian Science Fund (FWF).

(All publications can be found for free at: https://www.researchgate.net/profile/Tom-Hoctor/research)

Political Studies Association Conference. University of Liverpool. ‘What happened to the Affluent Worker? Advanced deindustrialisation, class and perpetual crisis in an East of England town’

Human Relations 75th Anniversary Conference. Tavistock Institute. ‘What happened to the Affluent Worker? Deindustrialisation and class in an East of England town’

University of Bedfordshire Annual Research Conference 2022. ‘The Conservative Party and Ideology in an Age of Internationalisation on the Right’

Guest Lecture: Gender Studies Postgraduate Winter School. Guest Lecture: ‘What happened to the Affluent Worker? The gendered nature of the decline of affluence in Luton’. London Centre for Interdisciplinary Research.

Third Nordic Challenges Conference, Copenhagen Business School. Paper: ‘Taking back control, but how much? Norway, Canada and the Brexit debate’.

BBC Radio 3: Free Thinking, Learning from Sweden. Arts and culture radio programme on the social and political links between Britain and Sweden. http://www.bbc.co.uk/programmes/p064vcvx

The Making and Circulation of Nordic models. Network meeting at the Norwegian Institute, Sciences Po, Paris.

Global Challenges: Nordic Experiences, University of Oslo. ‘“It is a bit like IKEA: everything is simple and the same”. Is there a Nordic model of New Public Management in British public policy?’

Rhetorics of Nordicness network meeting, Centre for Nordic Studies, University of Helsinki. With Prof. Mary Hilson “Rhetorical uses of the Nordic model in political and ideological debates in the UK during the 2000s and 2010s”.

4th International PhD Conference of the Association for Political History

School of Culture and Communication, University of Aarhus. A New Economic Celebrity: Denmark and flexicurity

@uniofbeds
RT @AnthonyNolan: #LutonSwabWeek has been a great way to help encourage more young people to sign up to become potential lifesavers. Thank…

@uniofbeds
On Monday next week why not come along to @BedsTreehouse at 1pm to meet & socialise with other students and also ta… https://t.co/3ewUuXCkTO

@uniofbeds
RT @BedsSU: We enjoyed two great Refreshers' Fairs this week in Bedford and Luton. Thanks to the hundreds of you who came to say hi and goo…

@uniofbeds
There's no need to worry if you missed the UCAS equal consideration deadline yesterday as you can still apply beyon… https://t.co/ag3BJrg6dX

@uniofbeds
RT @uniofbedsnews: 📢 There’s just FIVE sleeps to go until the @uniofbeds next ‘An Evening With…’ public #BedsLecture, where we will be welc…

@uniofbeds
From 11am join us at the @BedsSU Luton Refreshers Fair in the Campus Centre to find out all about societies, sports… https://t.co/IZtVmOSrCt

@uniofbeds
RT @rach_hopkins: Great to be involved in @AnthonyNolan’s #SwabWeek drive! They’re looking for more donors under 30, particularly from eth…

@uniofbeds
RT @SteveMuggs7: Thank you @KevWyld for showing us around the fantastic facilities at the @uniofbeds . David and Adam our sports therapists…