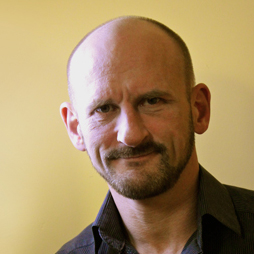 Toby Norways has been a Senior Lecturer in Scriptwriting at the University of Bedfordshire since September 2013.

He has previously taught at Birkbeck University, Goldsmiths University, and Buckinghamshire New University, where he was Course Leader of the Creative Writing department. He also set up a full-time BA Scriptwriting at Bucks New University.

Toby is an award-winning writer of script and prose. His films have screened in diverse locations around the world, including BAFTA Piccadilly, Hollywood, and Iraq. His last few scripts have focused on humanitarian issues and have been supported by Amnesty International.

Toby was recently awarded a studentship by Newman University to research a PhD Creative Writing. The creative component is a historical novel concerning Allied prisoners of war under the Japanese, working on the Thai-Burma Railway from 1942-45.