Professor Rawson has been a member of staff of the University, and before that Luton College of Higher Education, since January 1968. He established the first research group – the Sensor Research Group – in the late 1980s that, with developments in cryobiology and environmental monitoring, expanded to become the LIRANS Institute in 1996. He was made Reader (1987) and Professor of Applied Cell Biology in 1989. He has held several posts within the University, including course leader for the country’s first BSc course in Cell Biology, the University Director of Research and External Affairs, and Pro-Vice-Chancellor (PVC) for Research. He retired from the post of PVC in December 2006 and retired as Director of LIRANS (now iBEST) in September 2008. 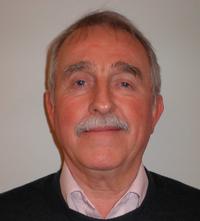 Prof Rawson has research interests in two areas – (i) cell based biosensors for environmental monitoring and toxicity assessment, and (ii) cryopreservation of fish embryos and oocytes, and the impact of cryopreservation protocols on cell survival. These research themes have been funded by a range of funding bodies, including the research councils, DTI/LINK programmes, public and private sector organisations, and charities including the Wellcome Trust. He has over 90 research publications and has supervised 13 PhDs, and five Research Master's.

Investigation of new approaches to the cryopreservation of fish embryos. 2003-2006. (The Wellcome Trust)

Towards the development of technologies for cryopreservation of fish oocytes. 2002-2005. (EU FPV)

Development of biosensors for detection of pollutants in surface waters. 1985-1992 (Water Research Centre)

Environment Agency consultation on Toxicity Based Consent - Torquay and Luton, 1997

Chairman – Organising Committee, Royal Society of Chemistry’s Environmental Toxicology programme for the joint meeting of the RSC and the Society of Experimental Biology, Edinburgh 2004.

@uniofbeds
Hear from Donna who recently graduated in Human Resources Management with Law BSc (Hons) about her experience of st… https://t.co/X6D3ImX3zx

@uniofbeds
There’s less than a week left to take part in the Graduate Outcomes Survey if you completed your studies with us be… https://t.co/DBRhhnEiqm

@uniofbeds
@Herienta3 Good afternoon, As we have said in our previous response please direct message us so we can assist you!

@uniofbeds
RT @BedsUniSport: We have a couple of spaces left on our taster in Milton Keynes this evening. If you would like to get involved and join i…

@uniofbeds
RT @uniofbedsnews: 📢 Have you caught up on all the ‘minisodes’ of the @uniofbeds #podcast ‘Bits of Beds’ yet?! Hear from #students, staff…

@uniofbeds
RT @Khuram1972: Last Wednesday we were invited by @uniofbeds to watch The 'Amani Liaquat Award' be awarded to Amy Pates for the Highest Ac…

@uniofbeds
Next Saturday 3 Dec join our Nursing & Midwifery Drop-In event at our Aylesbury Campus to learn more about our heal… https://t.co/n4wF2UcX1R

@uniofbeds
RT @BedsUniSport: Check out our Badminton sessions at Venue 360 in Luton, FREE to take part with a Get Active Membership Visit https://t.c…