A “one in a million” University of Bedfordshire graduate has won the Practice Teacher of the Year category in the 2014 Social Worker of the Year Awards.

David Thomas, an independent practice educator who supports students from the University, won the award for a string of work with Central Bedfordshire Council (CBC) and other programmes.

David’s roles include practice educating students on behalf of the University of Bedfordshire who are undertaking placements with CBC. He is also the CBC external Assessed and Supported Year in Employment (ASYE) Assessor, the external Practice Educator on the CBC Training in Employment Route (TIER) programme, and the Practice Educator and Learner Guide for CBC’s Step Up to Social Work scheme. 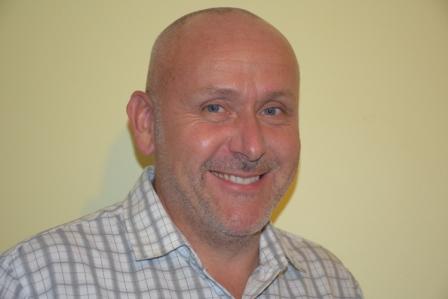 “I feel privileged and humbled in having won the Practice Educator of the Year award,” said David.

“I had no hesitation in nominating Dave as he has always gone the extra mile; his passion for social work clearly enthuses all those he works with.”

David, a Guest of Honour at one of the University’s November graduation ceremonies, earned a Social Work qualification in 1999 at what was then the University of Luton, before going on to undertake the Practice Teaching Award.

Described as a “legend” by numerous former and current students under his guidance, David has been commended for his passion, knowledge and professionalism.

In addition, Dave has provided “unrivalled support” in helping students and adults with dyslexia and learning disabilities, especially as part of the ‘Living It Up’ (LIU) project.

(LIU) is a voluntary community voluntary scheme offering adults with a learning disability the chance to go out, stay up late and have fun. The programme organises social opportunities such as themed discos, attended by David and other social work volunteers.

Three social work placement students from the University of Bedfordshire have joined David on the project.

Following discussions with the University of Bedfordshire Students’ Union, the LIU is organising an event at the The Hub at the Bedford Campus on Thursday, December 11.

@uniofbedsnews
"A semi-professional footballer for three years straight from school, Elliot decided to share his passion for sport… https://t.co/Z7E2dTikRD

@uniofbedsnews
🥇 Our staff and students are up for two awards! 🥇 Two @uniofbeds productions are nominated for awards at Saturday'… https://t.co/6VM2e0lD8a

@uniofbedsnews
RT @SlaveryPEC: Working with young people is key to one of our new projects, being led by @uniofbedsnews The project seeks to identify wh…

@uniofbedsnews
Congratulations to @uniofbeds PhD student Rohit Sagoo who won the Leadership Award at the Royal College of Nursing… https://t.co/gdzjId14NY