Graduates at the University of Bedfordshire got the ultimate pep talk from Pop Idol judge and coach Carrie Grant.

Carrie, who is also a regular presenter on The One Show, joined students at a graduation ceremony, where she was awarded an Honorary Doctor of Arts in recognition of her outstanding services to charity.

As well as having a successful career in show business, Carrie along with her husband David, regularly highlights the struggles faced by families with children with additional needs. The couple, who have four children, all with additional needs, are autism community leaders and run community support groups from their home.

Carrie sits on the largest Transforming Care Partnership Panel in the UK for Learning Disability and Autism, and has given keynote addresses at many health and education conferences in the UK, Europe and America.

Her work has seen her influencing government policy, contributing to government Command Papers and supporting the launch of the world’s first All Parliamentary Group for ADHD. She is also an Ambassador for the National Autistic Society, and has recently gathered a group of experts in autism in the UK to share best practice and to promote change for females with autism.

“I want to encourage you, in your struggles, every time you think you’re back down and can’t get out of it. Maybe you won’t get out of it, but maybe you will be changed in it. And in that place where you are changed, you can make a difference.”

Carrie joined health and social care practitioners of the future as they gathered at the Putteridge Bury campus to celebrate.

Cherrie’s citation read: “Having very negative messages when she was younger, Cherrie decided to undertake a degree to prove she could achieve something. As a single mum she has worked exceptionally hard to stay focused, complete all her work and go above and beyond in taking an active role in her studies.”

On receiving her award, Cherrie said: “Coming from not even thinking I would be able to get a degree to getting a first and winning awards, it’s overwhelming and it’s all thanks to the support of my peers and lecturers – they all deserve a prize because they are so committed.” 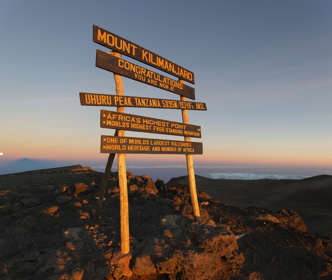 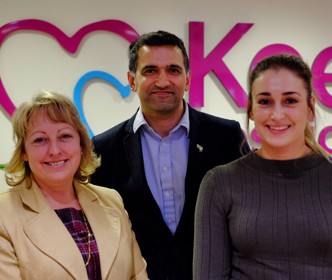