Local singer Tom Grennan and band The Shires (Ben Earle and Crissie Rhodes) joined students from the University of Bedfordshire at their graduation ceremony to receive honorary awards.

Hundreds of students from the University of Bedfordshire’s Faculty of Creative Arts, Technologies & Science (CATS) gathered to celebrate their graduation on Thursday 25 July.

In front of proud families and friends, the students took to the stage at the University’s Putteridge Bury campus to collect their awards.

Tom was awarded an Honorary Doctor of Arts in recognition of his outstanding services to the arts. The ‘Found What I’ve Been Looking For’ singer was born and raised in Bedford, he had his big break when he was featured in the 2016 Chase & Status single ‘All Goes Wrong’.

Tom has since released his debut album, ‘Lighting Matches’, which is now certified as a silver record by the Brits council. 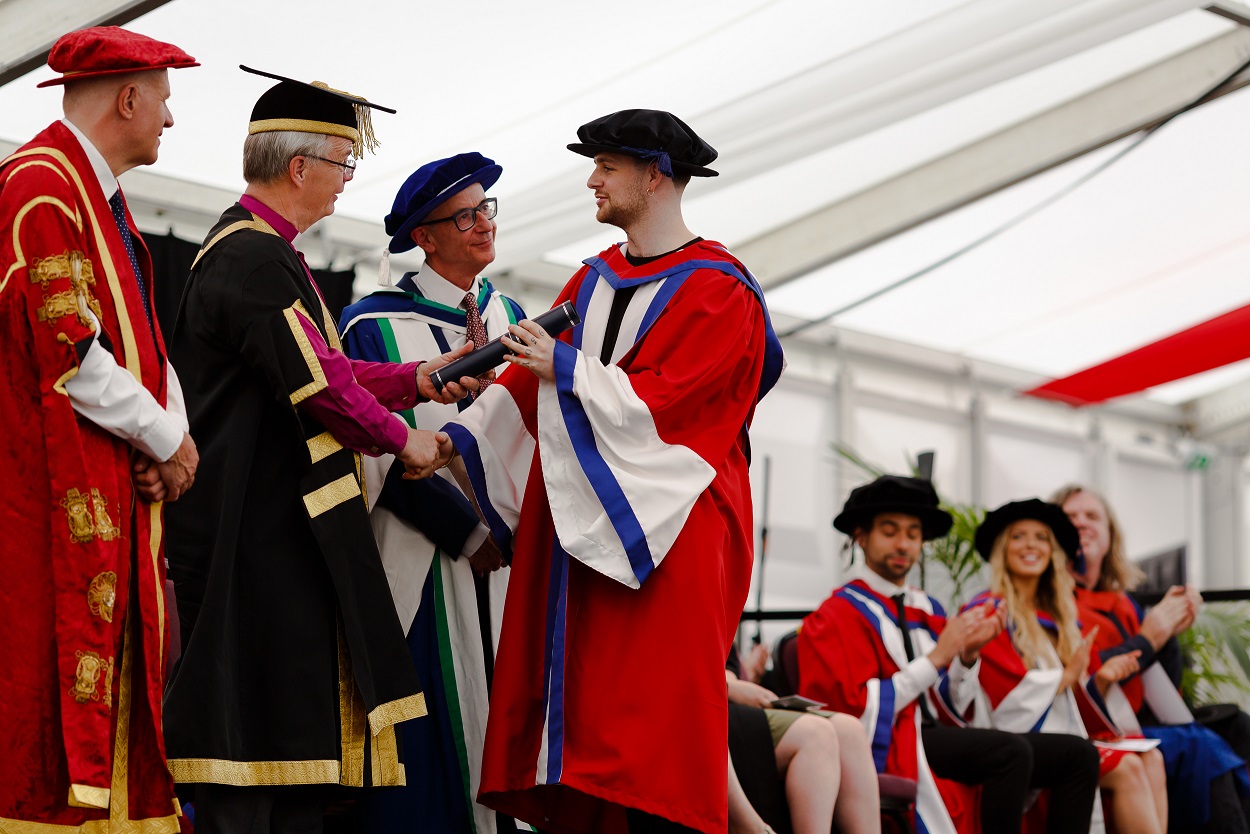 On receiving his award, he said: “I want to say I'm completely overwhelmed, if I'm honest I'm truly blown away by it. I want to thank the University for giving me this award, it means a great deal to me professionally and personally."

Tom continued: “Huge congratulations to you all, come on you’ve got degrees!” he says to an eruption of applause.

Offering advice to the Class of 2019, he said: “Keep doing you, keep believing in what you’re doing, keep doing your art, your parents are wicked, your friends, boyfriends, girlfriends, and know you’re wicked.” 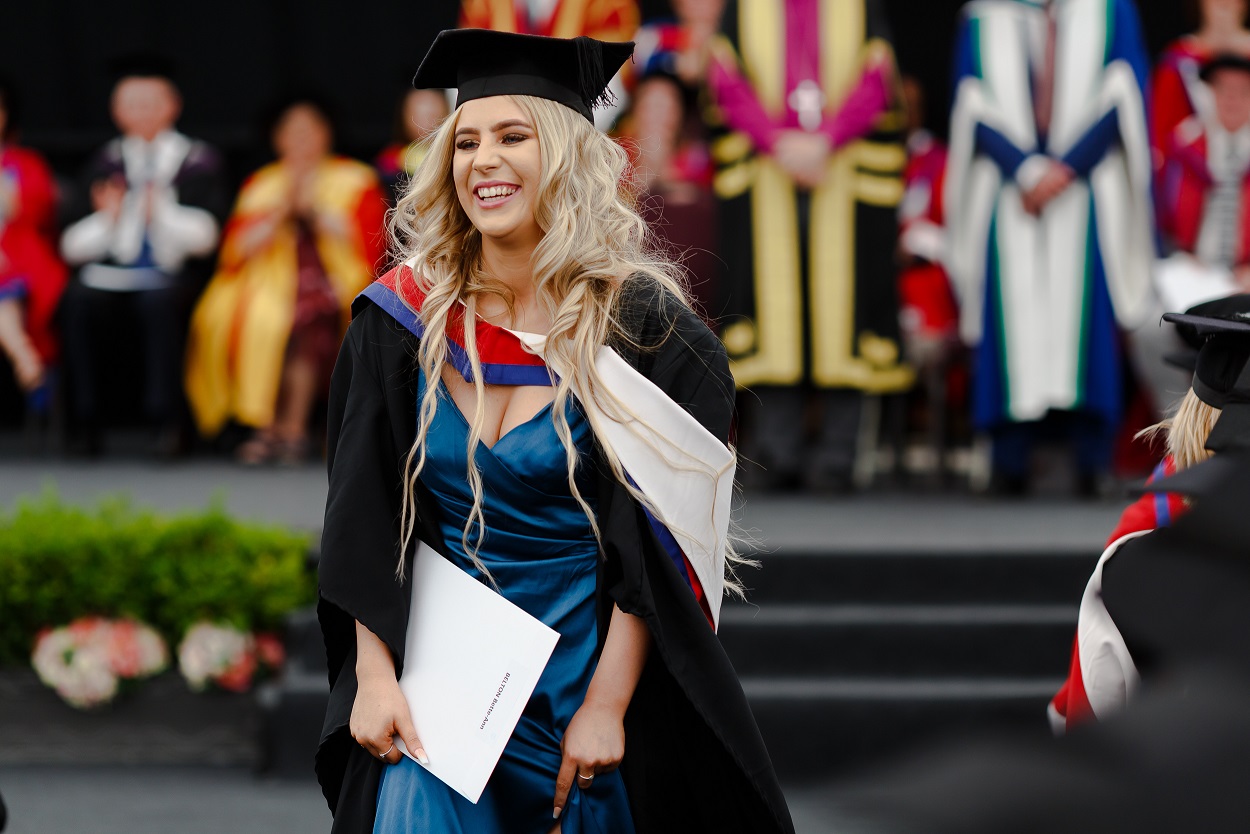 The Shires are a country band consisting of Ben Earle and Crissie Rhodes. They received Honorary Doctors of Arts in recognition of their services to the arts.

The musical duo formed in 2013 and released their debut album ‘Brave’ in 2015, becoming the first UK country act to chart in the Top 10 of the UK Albums Chart. Their latest album ‘Accidentally On Purpose’ is the bestselling country album in the UK of the last year.

They addressed the graduates, saying: “We cannot believe we are here, we’re very honoured to receive this award today. We want to say congratulations to every single one of you sat here today.”

Ben offered words of inspiration to the recent graduates: “Plans change, some of you might have definite plans, some might not have a clue at all and that’s fine. It’s not about having it all worked out, it’s about working it out as you go along. We’re still working it out every single day.”

Crissie adds, “The thing with the arts is we want to let our creative talents show, and sometimes having to keep your head in a book or sit writing essays isn’t in our nature, so the fact all of you guys have done this is absolutely amazing.”

Vice Chancellor Bill Rammell took a moment to congratulate the Bedfordshire graduates, saying: “I wish you every happiness in your well-earned achievement and I hope that you will each rightly celebrate in style.” 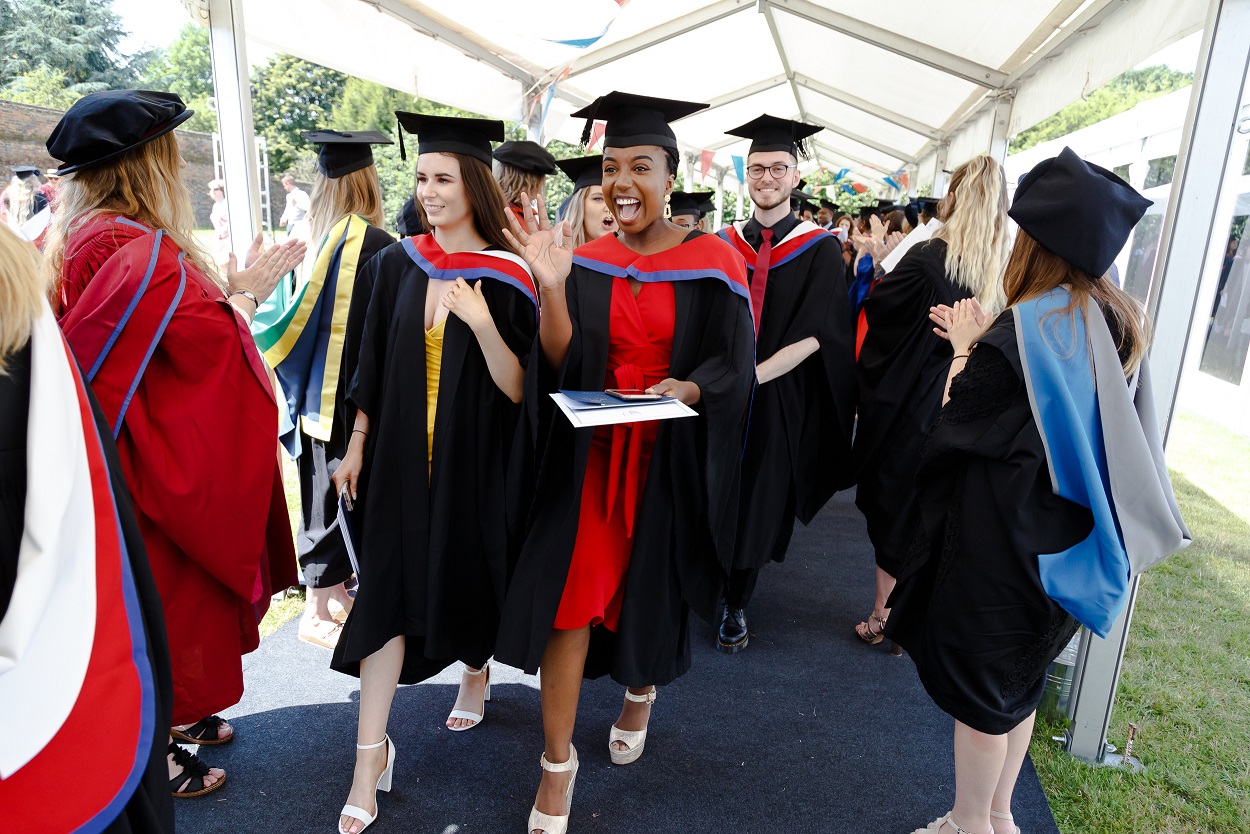