A University of Bedfordshire academic has been appointed as one of Keech Hospice Care’s new envoys, following the launch of the charity’s ambassador programme.

Gurch Randhawa, Professor of Diversity in Public Health and Director of the Institute for Health Research, is one of nine high-profile, local figures to become an ambassador of the Luton-based hospice.

Keech Hospice Care, who provide free, specialist care for adults in Luton and south Bedfordshire, as well as children with life-limiting and terminal illnesses across Bedfordshire, Hertfordshire and Milton Keynes, began their search for ambassadors in November 2020 and announced the first appointments in April this year.

The programme hopes to form a dynamic relationship between the charity and key individuals across the three counties who are passionate about the hospice’s work. Through these relationships, each ambassador will endeavour to provide Keech with a unique set of skills, opening up new channels of expertise and influence.

Originating from a wide variety of backgrounds, the ambassadors will form a far-reaching positive voice, promoting the hospice’s services and facilitating the expansion of its supporter network.

Professor Randhawa, whose research focusses on giving voice and providing informed choice on a range of health issues to all sections of the UK’s diverse population, is delighted with his appointment. He said:

“I am honoured to serve as an ambassador as I have been associated with Keech Hospice Care for over 20 years, during which time I have been contributing to the evidence base on enabling culturally competent end-of-life care services.

“I am proud of the ongoing research and training partnership between the University and Keech Hospice Care.”

“I am delighted to launch our new ambassador programme in our 30th anniversary year.

“We rely on our supporters for around 70% of the funding we need to provide our vital care, and I know that our new ambassadors will have a huge impact. They are going to be invaluable in terms of raising awareness and increasing our supporter network which, after the COVID-19 pandemic, are needed now more than ever.”

Professor Randhawa’s appointment as an ambassador of Keech Hospice Care is the latest in a line of ties between the hospice and the University. The University is a long-standing supporter of the charity and is sponsoring two elephants – Artie and Bedzy – in this summer’s Big Trunk Trail, which is taking place across Luton.

For more information on Keech Hospice Care’s ambassador programme, or to learn more about the ambassadors themselves, click here.

For research and study opportunities within the University of Bedfordshire Faculty of Health and Social Sciences, visit: www.beds.ac.uk/howtoapply/departments/healthsciences 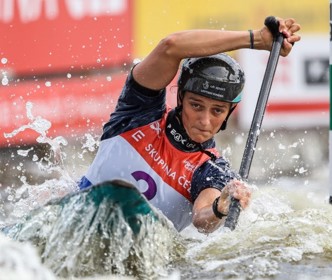 @uniofbedsnews
RT @UoBIES: 'The UK Commission for Employment and Skills predicts that roughly 15% of jobs (1 in 7) are likely to need a postgraduate degre…

@uniofbedsnews
RT @uniofbeds: Find out more about Clearing at the University of Bedfordshire & start your journey with us at: https://t.co/Lc77p0pErE 👈💻☎️…

@uniofbedsnews
RT @unibedscareers: Employment? Further study? Travelling? What have you been up to since your time in #highereducation? Complete the #Grad…

@uniofbedsnews
“We help students empower themselves... Learning to live with people is a skill & it’s part of going to university… https://t.co/eJ6K1nAxh6

@uniofbedsnews
RT @PrizelessStar: I had the privilege to be interviewed by the University of Bedfordshire @uniofbeds where I did both my BA (Hons) and MSc…

@uniofbedsnews
RT @uniofbeds: Lovely to see lots of people getting involved with our workshops & activities earlier in the Beds Big Top at @StandonCalling…