A Media Performance student at the University of Bedfordshire has starred in the official music video for a new song from rapper Shaybo and Brit Award-winning singer Jorja Smith.

Annie Apakoh, who is entering her second year at the University as a Media Performance for Film, TV and Theatre student, hopes her appearance in the ‘My Sister’ music video will help propel her into other exciting acting roles.

Cast through the talent-finding and auditioning platform Starnow, this was Annie’s first appearance in a music video; she can be spotted wearing the denim jacket throughout the performance.

‘My Sister’ is a track from Queen of the South, the debut album of Shaybo, a rapper on the rise with over 1.1million monthly listeners on Spotify. The song features Jorja Smith, who won the Brit Award for Best British Female Artist in 2019 alongside receiving a Grammy Award nomination. 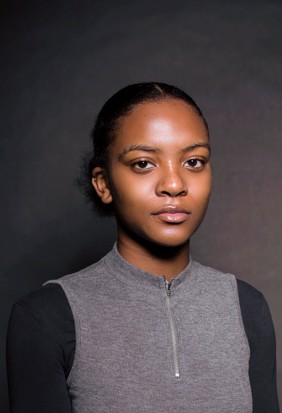 To perform in such a high profile production – in under three weeks the video has over 800,000 views on YouTube – has inspired Annie, who says she felt far more comfortable acting alongside Shaybo than she expected to. She said:

“It was a great experience as I was quite intrigued to find out how music videos were shot. Naturally, I was nervous as I didn’t know anyone but the cast and crew made me feel so comfortable – we all got along so quickly and we had a lot of fun.

“I think I was more nervous having to shoot the scene with me and Shaybo sitting face to face but funnily enough that whole scene wasn’t scripted at all. We had a real conversation that was quite deep and they caught it on camera, which was perfect and it fitted well. I haven’t actually told anyone about the conversation we had and I’m not sure I will! But it was quite special and it’s a moment I’ll remember.”

Annie was pleased to have learned from working on a production held to such high standards, citing attention to detail as a key takeaway. She was able to discuss with the team how her character would be presented in terms of clothes and hairstyle, under the context of being a domestic abuse victim. 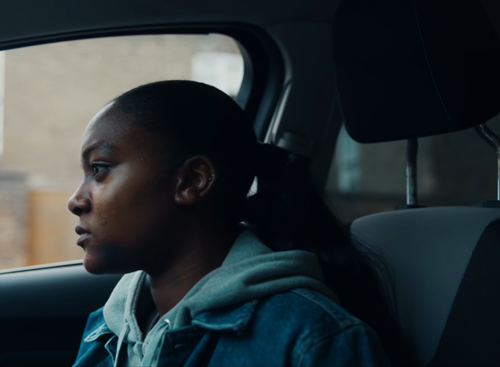 This experience comes on top of having completed a year of studying at Bedfordshire on the Luton campus. Media Performance students learn a variety of acting and production techniques for screen as well as studying multiple dimensions of media and cultural theory. From here, Annie is already preparing for an exciting future. She continued:

“I would love to do more projects like this one. It was an amazing experience that I would definitely do again. For the future I’m aiming to tackle more acting roles, challenge myself and grow my confidence. One of my goals is to see my face on a big streaming platform such as Netflix or Amazon - all in due time hopefully!”

“It’s wonderful to see Annie take part in such a great opportunity as this, and for her to learn how the industry works first hand. She is a talented student and excelling in her studies with us on Media Performance and great to see her utilise her skills learnt thus far.

“The course team will always encourage our students to take a leap of faith to go up for auditions and find work whilst they study. It takes hard work and dedication but Annie illustrates how this can pay off and have a valuable reward.”

For more information about courses in the University of Bedfordshire’s School of Media and Performance, visit: www.beds.ac.uk/howtoapply/departments/media-and-performance/ 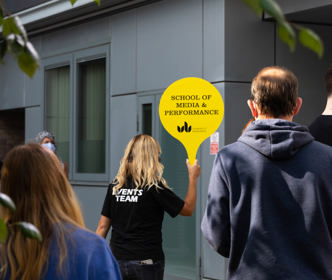 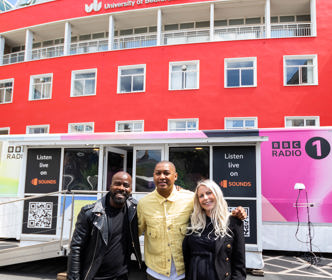 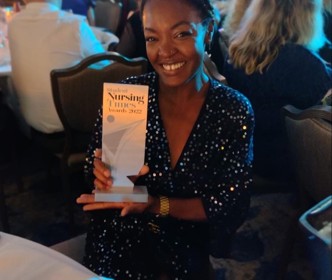 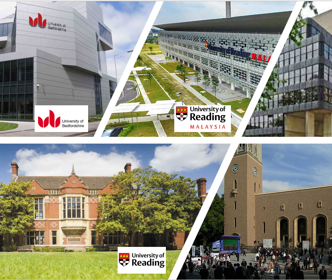 Mon 30 May, 2022 Academic awarded grant to investigate English communication in HE classrooms 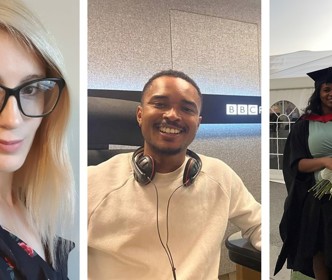 @uniofbedsnews
RT @DrSaeudy: I am very delighted to be elected for the @PRME_UKI steering group and very looking forward for it. Thank you colleagues for…

@uniofbedsnews
RT @willhorncastle: Was a great experience leading Criminology subject seminars at the @ucas_online fair this week. I spoke to many student…

@uniofbedsnews
RT @uniofbeds: We hope everyone who joined us for the second day of the Bedfordshire UCAS Fair had a great time speaking to all of the univ…

@uniofbedsnews
RT @NicDarwood: I've met some lovely people over the last few days at the UCAS fair @uniofbeds and have really enjoyed extolling the positi…

@uniofbedsnews
“I am excited to start my career as a commercial lawyer. Throughout my degree, I had great support from the Law lec… https://t.co/NOIlhf00Jx