Graduation ceremonies returned to the University of Bedfordshire’s picturesque Putteridge Bury campus this week for the first time in three years, joined by honorary guests from the UK’s entertainment industry and British Armed Forces.

Held over four days from 25–28th July, twelve ceremonies were held in the grounds of Putteridge Bury for graduates from the faculties of Education, English and Sport, Creative Arts, Technologies and Science, Health and Social Sciences, and the Business School, to celebrate and mark the end of their hard work. 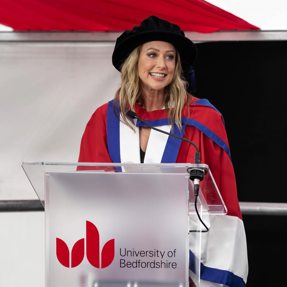 On Monday 25th July, Bedfordshire’s Class of 2022 were also joined by  a famous face from the music and television industry, as Bedfordshire-raised Faye Tozer – a singer-songwriter, best known as a member of pop group Steps – was presented with an Honorary Doctorate of Arts in recognition of her outstanding services to entertainment.

Speaking upon receiving her award, Dunstable-raised Faye said: “I feel very privileged to receive this Honorary Doctorate and, from growing up in the area, it’s so amazing to be recognised for the work that I’ve done but also to try and inspire students and graduates.”

About entering their careers and next steps after graduating, Faye said to her audience: “Be hungry for it. Don’t be afraid to try new things and make mistakes – be different and don’t be afraid to be you!”

The special guests didn’t stop there, with former Royal Air Force (RAF) pilot and Prisoner of War, John Peters, collecting an Honorary Doctorate of Education in recognition of his services to broadening opportunities for education in leadership and management. Since leaving the RAF, John has recently worked with MBA and BSc Aviation students at the University of Bedfordshire and has been working with the Business School to develop short courses for those seeking to move from the forces into civilian careers.

On receiving his award from Professor Andrew Church – Pro-Vice Chancellor for Research and Innovation – John said: “I feel extremely humbled to receive an Honorary Doctorate. It was unexpected and it’s rather bowled me over, so it’s lovely.”

In his advice to fellow graduates, he continued: “Look beyond your limitations and plan your story. Learning is a communal experience – however clever we are as an individual, we are better as a group. We are so much brighter together, so enjoy sharing your learning with your colleagues and friends, and celebrate what you have achieved today.”

A very special award was also presented to Radio LaB student manager Toby Crabb who, alongside graduating with a degree in Radio and Audio, also received the award for Student Engagement, presented by Dr Joan Bailey MBE on behalf of HM Lord-Lieutenant of Bedfordshire. 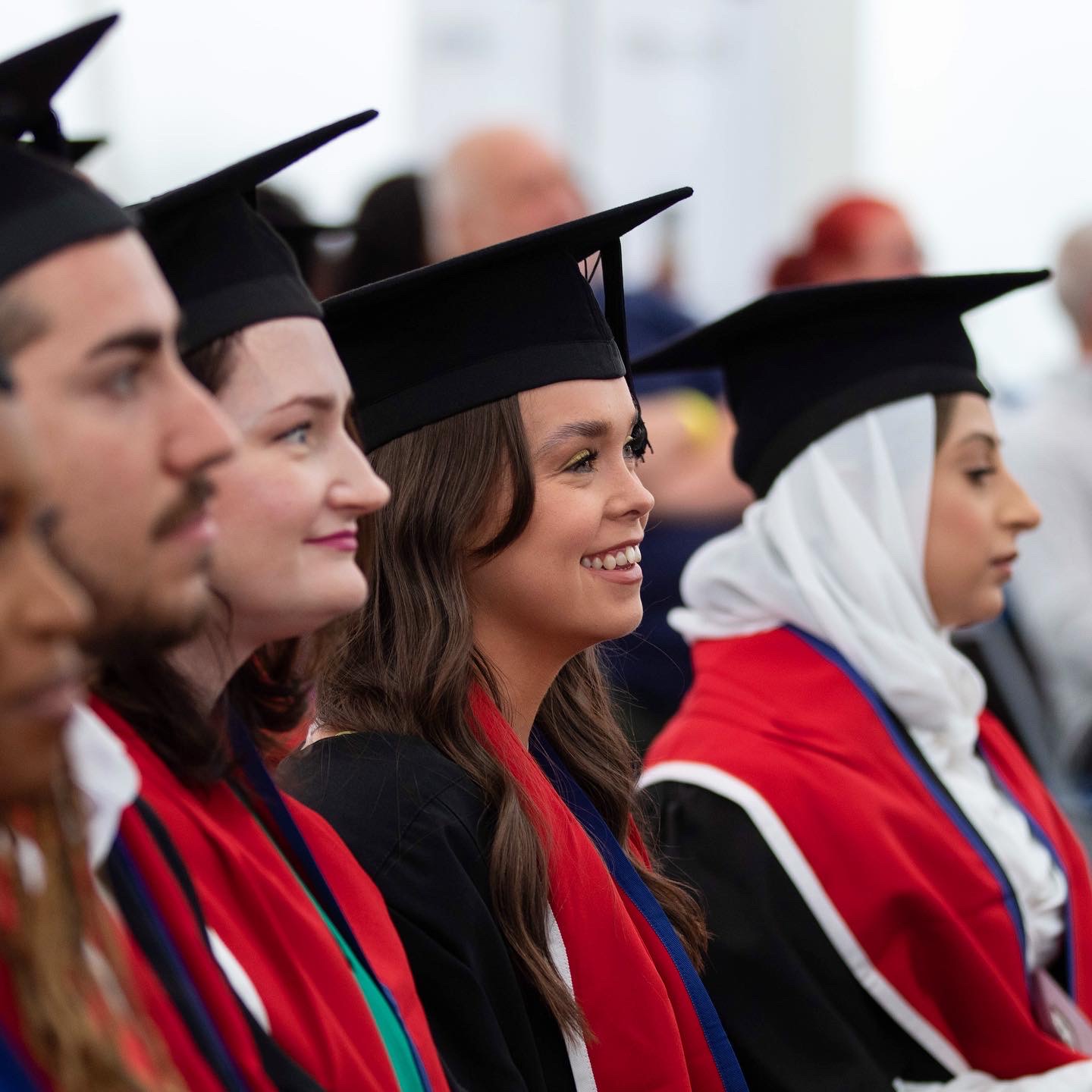 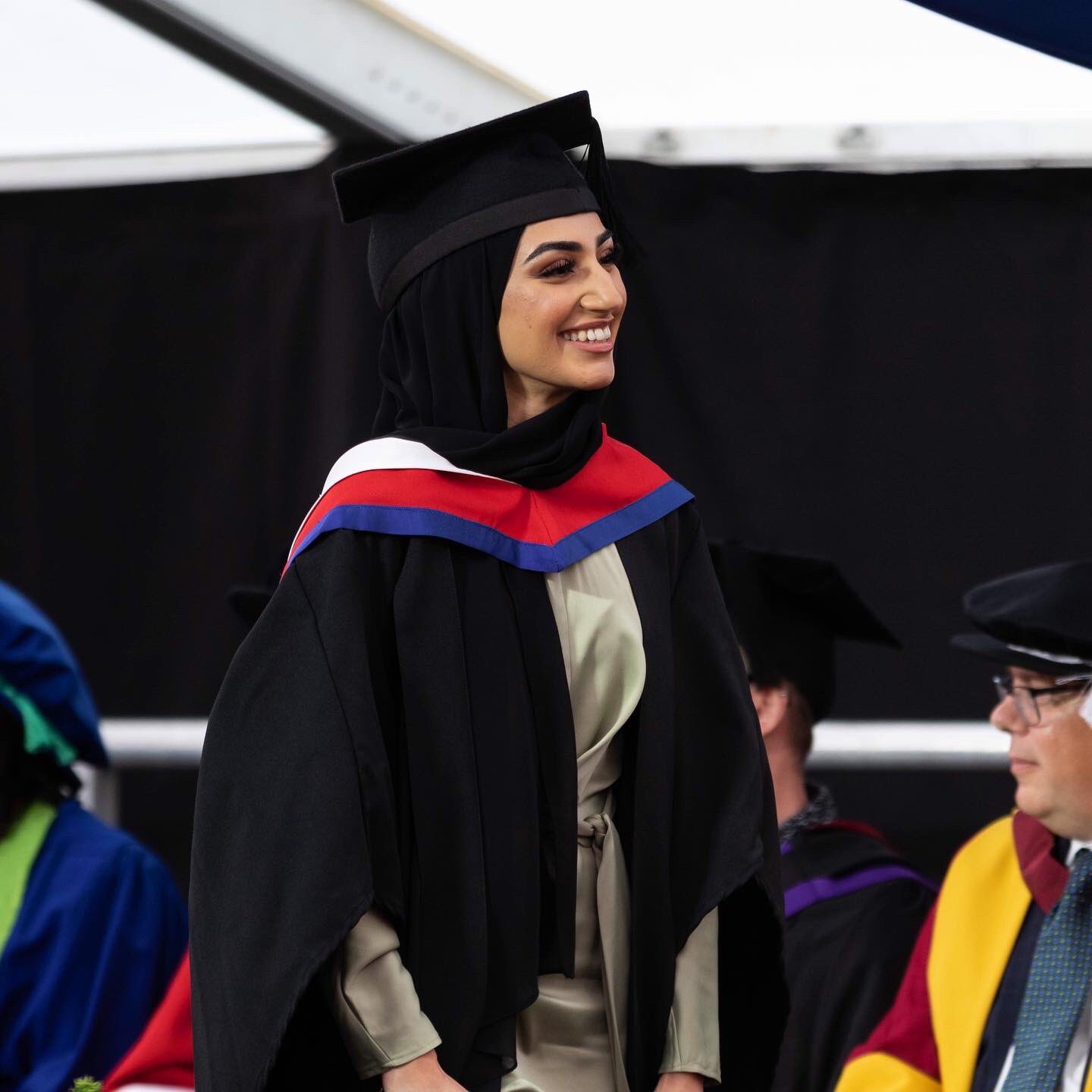 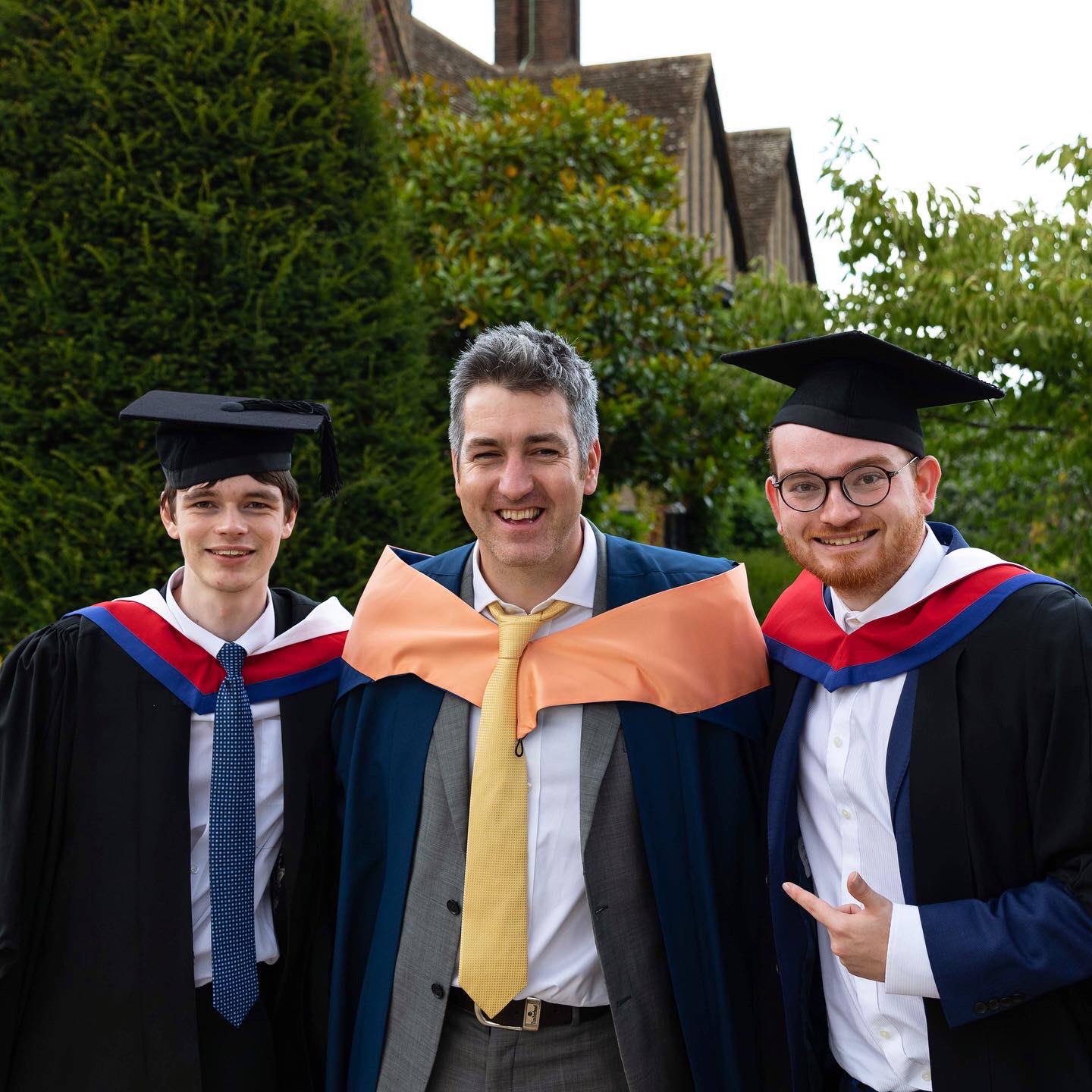 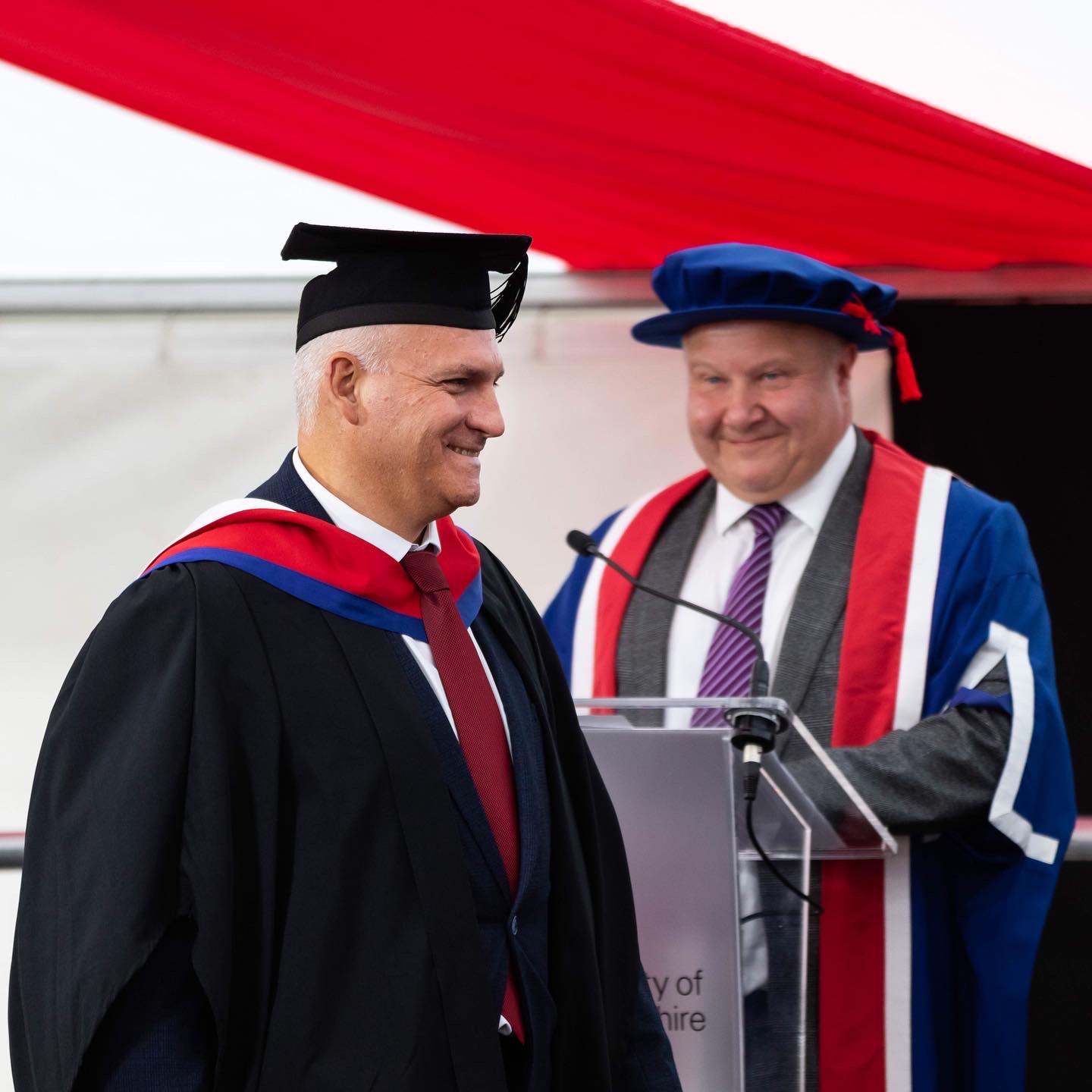 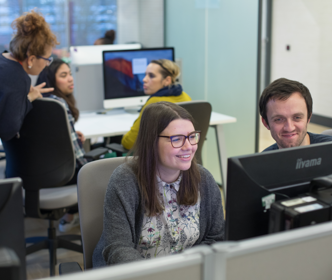 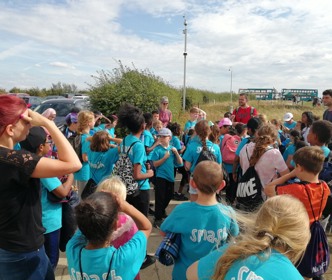 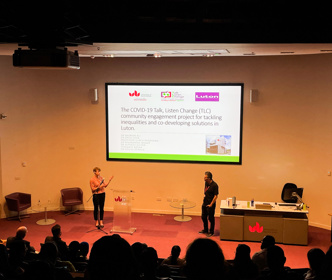 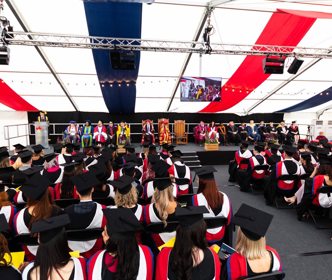 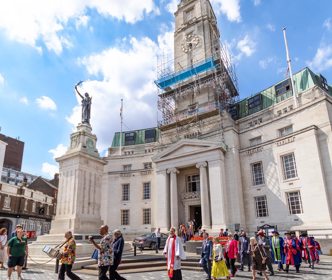 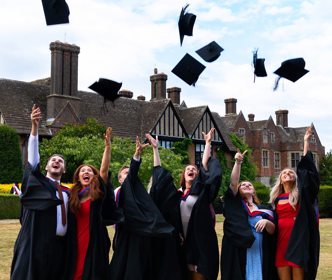 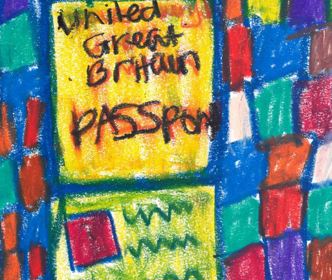 @uniofbedsnews
RT @uniofbeds: Next Thurs, Fri & Sat we’re holding a range of on-campus & online Open Events for results day so you can chat to academics,…

@uniofbedsnews
RT @RadioLaB971fm: We've had so many success stories from radio graduates who joined @uniofbeds through #Clearing - you could be the next o…

@uniofbedsnews
"Clearing is a great opportunity to find the course of your dreams...even if you don't get your 1st choice there wi… https://t.co/8o6TKkkjqU

@uniofbedsnews
📢 A message to all students & staff - please be careful and vigilant in the heatwave over the weekend 👇 https://t.co/WAn80SH49m

@uniofbedsnews
RT @BedsFire: With temperatures souring, we are working harder than ever. We are appealing to the public to avoid barbecues, bonfires and t…

@uniofbedsnews
Today is #InternationalYouthDay, aiming to celebrate the contribution that young people make to areas including edu… https://t.co/19RAxjipJP

@uniofbedsnews
Clearing is full of opportunities to help you succeed – take a look at the @uniofbeds website 💻 which has lots of i… https://t.co/ksZX7cMLZN

@uniofbedsnews
'David Seaton, assistant director of admissions at the @uniofbeds says: “ #clearing has a reputation as a rushed pr… https://t.co/rCsM5hUOXp