Academics from the University of Bedfordshire are helping Bedfordshire’s first black male police officer tell his life story through a series of small books – with the book launching at the University’s Bedford campus this month.

The first chapters of Eric Edwin’s memoir ‘Getting my House in Order’ were published over the last month and an official book launch is being held in the Gateway Building on the Bedford campus at 5pm on Thursday 19th January. The book launch is hosted by the Institute for Research and Continuing Professional Development (IRCPD) – a partnership of teaching and research staff, including academics from the University of Bedfordshire.

Over the course of a year, Eric had regular conversations with Dr Darwood and Dr Belas and the trio started to bring Eric’s life stories together into a series of chapbooks – smaller forms of literature in the style of pamphlets.

Eric was Bedfordshire’s first black male police officer, joining the force in 1979 and going on to serve for 42 years – thirty as a police officer and twelve as police civilian staff specialising in covert policing, fraud, and financial investigation. He is also a former amateur bodybuilder and his parents were part of the Windrush generation – all providing plenty of interesting material for a memoir.

In 2016, Eric was diagnosed with incurable multiple myeloma and he hopes that this book will help others, alongside raising much-needed funds for cancer research and care.

Speaking about his new book, Eric said: “I’m honoured and privileged to be in the position that I am in as we speak. When I was diagnosed with cancer, I had no intention to be doing what we’re doing at this moment in time. I thank my true friends and work colleagues for putting the idea in my head. I thank the University of Bedfordshire for supporting me and making the project work.”

Through an independent crowdfunding appeal, more than £1,000 has been raised for Myeloma UK and Macmillan Cancer Care, and to contribute towards the printing costs of Eric’s memoir.

Dr Darwood said: “Eric’s story is one which will resonate with many people; it’s a story of courage and fortitude, told with a real sense of humour.  It’s been a huge pleasure and privilege to have been able to listen and talk with Eric, and to be part of the writing process, bringing his story to a wider audience while also helping to raise money for the two charities so close to Eric’s heart.”

Dr Belas added: “I count myself very lucky to be working and have become friends with Eric. Eric is warm, generous and modest - it was with some reluctance that he began this project. That he's entrusted us with his stories is a real privilege, and I hope that the chapbooks do those stories something close to justice.”

Find out more about the Faculty of Education, English & Sport 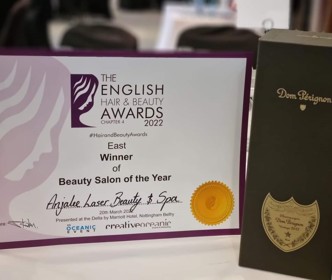 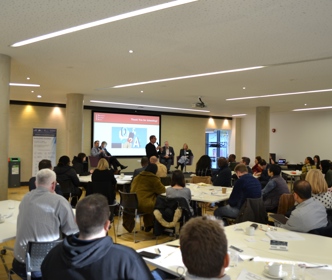 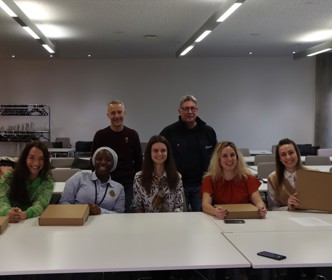 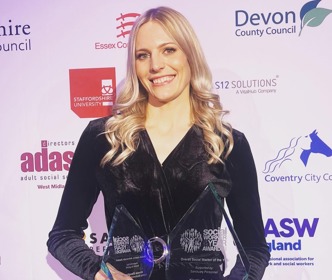