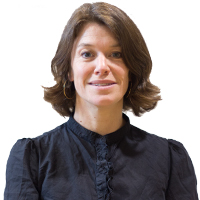 I am an applied social researcher with a particular interest in participatory research practice, creative and inclusive methodologies and service user involvement. In recent years my work has focused on children with experiences of sexual violence in the UK and in particular their experiences of service responses including police, social care and third sector support. I am particularly interested in how children’s decision-making informs or is marginalised from these processes and the implications for children’s safety. I have an active interest in developing ethical approaches to researching sensitive issues and facilitating meaningful engagement of marginalised children and young people.

Recent research areas include a participatory study of young people’s experiences of criminal justice processes in child sexual exploitation cases (Beckett and Warrington 2014); research on children and unreported crime (Beckett and Warrington 2013) and an evaluation of AVA’s programme to involve young people in efforts to prevent sexual violence (Warrington and Thomas, forthcoming). In June 2013 I completed a doctorate exploring service user’s involvement in decision making about their care in relation to child sexual exploitation.

My work has involved developing a range of creative, participatory projects seeking to further meaningful dialogue between young people, policy makers and researchers. Examples of this work include a series of four films on gang-associated sexual violence devised by groups of young people and related dissemination events; the Be Healthy Project training specialist young health advocates and What Works for Usa national network of CSE affected service users. Camille is a qualified and experienced youth worker and has worked in a variety of voluntary and statutory sector projects both as a practitioner and researcher including leaving care teams, youth services, and provision for young Gypsy and Travellers.