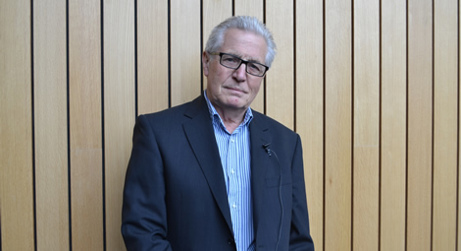 He has written extensively about youth justice in England and Wales, most notably in The New Politics of Youth Crime (Macmillan, 2001) and in the past ten years he has undertaken studies of violent youth gangs and drug markets in London, Manchester and West Yorkshire, some of the findings of which are recounted in Reluctant Gangsters (Routledge, 2008).

Since 2007 he has acted as an adviser on violent youth gangs to local authorities and police forces. He was a consultant to the Centre for Social Justice inquiry into violent youth gangs in the UK, published as Dying to Belong (2009) and a participant in the Prime Minister's Gang Summit in October 2011. He was deputy chair of the London Gangs Forum and was a member of the Children's Commissioner's Inquiry into Child and Adolescent Sexual Exploitation. Since 2013 he has been undertaking research on pathways into, and multi-agency responses to, organised crime in Greater Manchester.

In July 2011 he was awarded the honorary degree of Doctor of Letters for ‘ ... his published work and research, the conspicuous ability and originality of which constitutes a distinguished and sustained achievement which has contributed significantly to the development of youth justice in England and Wales.’

@uniofbeds
RT @uniofbedsnews: We have just been interviewing Professor Rebecca Bunting, VC @uniofbeds, for a special #BlackHistoryMonth edition of #Be…

@uniofbeds
If you're interested in getting involved with @RadioLaB971fm during your studies come along to their Introduction P… https://t.co/d20NgWLE2L