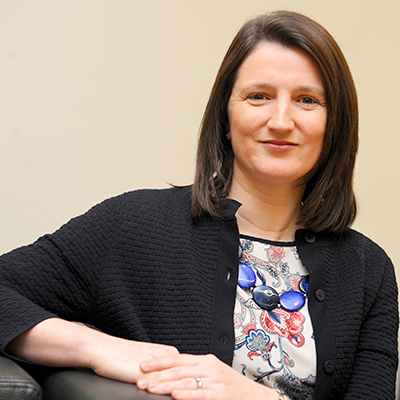 I am an action-oriented researcher, with particular expertise in the fields of child sexual exploitation (CSE) and other forms of sexual violence in youth. I have a particular interest in exploring ethical means of researching sensitive issues and facilitating the meaningful engagement of marginalised children and young people in research.

I am committed to developing links between research and policy and practice discourse and, as such, regularly present on my subject of expertise and undertake media work around this. I also represent the University on a number of different advisory bodies and policy forums.

I joined the University of Bedfordshire in September 2011. I became Deputy Director of the International Centre in May 2013, Joint Director in 2015 and Director in 2016. Prior to coming to the University, I worked in the fields of research and policy across the academic, statutory and voluntary sectors in Northern Ireland for fifteen years. Other areas of research expertise developed during his time include the experiences of looked after children and young people, youth homelessness and other forms of social marginalisation experienced by youth.