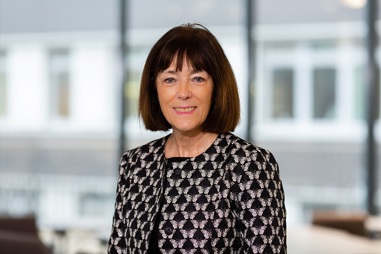 Professor Bunting is a founding director of the Higher Education Academy and of its successor organisation, Advance HE. She is also the Chair of a number of national HE committees for learning and teaching, and widening participation.

She has conducted research and published in the field of children’s language and literacy development, educational linguistics and pedagogy.

She graduated from Girton College, University of Cambridge with a degree in English Literature and took postgraduate qualifications at London University. She began her career teaching in London comprehensive schools, moving into higher education as a Senior Lecturer at the University of Roehampton.

@uniofbeds
Hear from Donna who recently graduated in Human Resources Management with Law BSc (Hons) about her experience of st… https://t.co/X6D3ImX3zx

@uniofbeds
There’s less than a week left to take part in the Graduate Outcomes Survey if you completed your studies with us be… https://t.co/DBRhhnEiqm

@uniofbeds
@Herienta3 Good afternoon, As we have said in our previous response please direct message us so we can assist you!

@uniofbeds
RT @BedsUniSport: We have a couple of spaces left on our taster in Milton Keynes this evening. If you would like to get involved and join i…

@uniofbeds
RT @uniofbedsnews: 📢 Have you caught up on all the ‘minisodes’ of the @uniofbeds #podcast ‘Bits of Beds’ yet?! Hear from #students, staff…

@uniofbeds
RT @Khuram1972: Last Wednesday we were invited by @uniofbeds to watch The 'Amani Liaquat Award' be awarded to Amy Pates for the Highest Ac…

@uniofbeds
Next Saturday 3 Dec join our Nursing & Midwifery Drop-In event at our Aylesbury Campus to learn more about our heal… https://t.co/n4wF2UcX1R

@uniofbeds
RT @BedsUniSport: Check out our Badminton sessions at Venue 360 in Luton, FREE to take part with a Get Active Membership Visit https://t.c…