Donald joined the University in 2006 as Director of Finance and was appointed Deputy Vice Chancellor (Resources) in 2009. Donald's remit includes responsibility for Estates and Facilities, Sustainable Development, ICT and Finance.

Donald is a Chartered Accountant (ICAS) and a graduate of the University of Edinburgh. 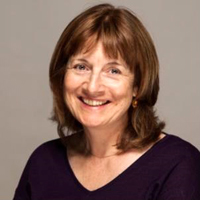 During her early academic career she specialised in medieval Icelandic literature, studying at the Universities of Liverpool, Oxford, and Leeds, before undertaking a postdoctoral year at the University of Oslo.

She then trained as an EFL lecturer and moved to the Middle East, where she later set up and ran a range of small businesses in retail, training and professional services, and completed her MBA (Durham University).

A decade later, she returned to the UK and joined the University of Abertay Dundee, where she developed and managed overseas collaborations, before becoming a Head of Department (Marketing) and Head of Dundee Business School, in which role she managed a business incubator, oversaw a commercial consultancy unit (Scottish Economic Research) and the development of Abertay's work with the Food and Computer Games industries in particular.

She was appointed Vice Principal (Academic Development) at Abertay in 2007, and moved to a similar role at the University of Bedfordshire in 2009.

At the University of Bedfordshire she leads the development of the curriculum, and teaching and learning, and has a leading role in partnership development (UK and overseas), quality assurance and organisational development.

Mary has overall responsibility for the quality of the learning experience, including the work of the Centre of Learning Excellence to integrate into the curriculum the knowledge and skills that support enterprise, environmental sustainability, and global citizenship. 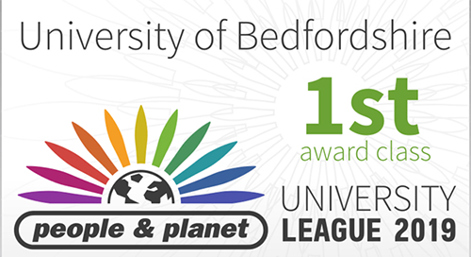 @uniofbeds
RT @uniofbedsnews: 🚴‍♀️ On Sunday, Andy from @@uniofbedsset off on a cycle challenge along the old Roman trunk road, all in aid of @KeechHo…

@uniofbeds
RT @uniofbedsnews: "I hope that Pride themed exhibitions will help to build a dialogue between different generations of queer audiences" 💬…

@uniofbeds
Join us for our next Online Open Day on the 7th of July to speak to academics from each subject area, chat to stude… https://t.co/iNOQs0VTMB

@uniofbeds
We hope you're all having a good weekend! 😊 We're wishing for the sunshine to return over campus soon ☀️… hhttps://t.co/Y1p2bN2ZxA

@uniofbeds
With Covid-19 Vaccinations now available to all over 18s in the UK we encourage any University of Bedfordshire stud… https://t.co/gspPz7FerJ