ASPIRE – Access, Scholarship, Partnership, Innovation, Respect and Employability  comprises a value system and a series of norms that underpin many aspects of cross-cultural teaching, learning and research. Cross-cultural sensitivity and exchange is at the core of a global system of higher education (HE), where we can understand, respect, and learn from the strengths of HE in each nation. Collaboration with leading institutions in China over a period of four years has necessitated respect of and sensitivity to cultural differences, innovation in ideas of communication, and growing partnership networks, of crucial importance in developing pedagogy and research, and all areas of learning, from the arts and the creative industries to science and technology. Exchange is of paramount importance, to enhance understanding and respect, and for us to become both culture- and task-oriented.

It is no coincidence that the University of Bedfordshire, with its strong and widening international partnerships, has ASPIRE – Access, Scholarship, Partnership, Innovation, Respect and Employability at the core of its values. ASPIRE comprises a value system and a series of norms that underpin many aspects of cross-cultural teaching, learning and research. Cross-cultural sensitivity and exchange is at the core of a global system of higher education (HE), where we can understand, respect, and learn from the strengths of HE in each nation.

My collaboration with leading institutions in China over a period of over four years has necessitated respect of and sensitivity to cultural differences, innovation in ideas of communication, and growing partnership networks, as well as in cutting edge research.

China is trying to develop its own pedagogy, free from Russian and Western models (Liu and Lin, 2008). In doing so, it needs to embrace new forms of creativity and critical thinking. In 2009, after I had given a lecture on creativity to staff and students at China University of Communications in Beijing, the Head of Department told me: 'We have a different definition of creativity; it is not the same as yours.'

This difference is underpinned by a major cultural distinction. We in the West tend to be task-oriented, and the Chinese tend to be culture-oriented. There have been many attempts by writers and researchers in the West to embrace China's culture. One example may illustrate some pitfalls. In 1820, Robert Morrison published 'A dictionary of the Chinese language'. In his attempt to introduce Chinese culture to Westerners, he adopted a culture-oriented approach, incorporating information from selected Chinese works. However, despite his excellent intentions, there were three important factors he could not disguise:

It is very difficult, perhaps impossible, for the Westerner to embrace Chinese culture completely. It is not for nothing that carvings in Chinese on the Gate to Chinatown, Boston, USA, state 'Propriety, Righteousness, Integrity, and a Sense of Shame'. Confucianism conceptualizes shame as an emotion as well as a human capacity that directs the person inward for self-examination and motivates the person toward socially and morally desirable change.

It is this very function and power of shame that Confucianism values and fosters (see e.g. Bell, 2008). The common Western association of shame as being harmful to a person's health does not appear to be part of the Confucian aspiration.

To try to develop creativity in education in China, it may be helpful to think of Self-fulfilment – the expression of one's personal creativity within a harmonious context (see e.g. Crabbe, 1999). Creativity is important in all aspects of pedagogy, from science to the arts, from social science to business (Crabbe, 2010). Artists use their creativity in one way, scientists in another, investors in another. They are all wrestling with their imaginations to produce ideas that are better and more beautiful than what already exists and what they already know.

Education in the creative industries in China

The Creative Industries in China are similar to those in other countries, and include: advertising, architecture, arts, antiques, computer and video games, crafts, design, designer fashion, film and video, music, performing arts, publishing, software, TV and radio (Wei, 2009). The creative economy is not just another sector alongside agriculture, manufacturing and services, but a transformation of all sectors. It transforms the ways in which all organisations acquire, use and trade ideas. The result is a 'creative ecology' based on groups of people in high-energy environments.

Educational programmes in the creative industries need to balance teaching of technological skills and thinking skills (Ryan and Switzer, 2001; Huang, 2009), and critical and creative thinking (Table 1). In China, it is a re-working of that balance that may help in developing highly qualified men and women, which are currently lacking in these important areas of businesses (e.g. Chen, 2012; Yi and Zhang, 2012).

In developing cultural awareness about China at a distance, there can in my view be no better way than reading the four Chinese classics of literature (Table 2). They provide an insight into Chinese culture and into the way that the Chinese treat each other that can be recognised even today.

From pedagogy to research

Immersing oneself in Chinese culture has many benefits, not just in developing teaching and learning, but also in collaborative research. My own links with Fudan University in Shanghai have resulted in several peer-reviewed research papers (e.g. Luo et al., 2009; Jin et al., 2011; Yang et al., 2012; Zheng et al., 2013), with others planned for the future.

As we continue to work with China on all aspects of higher education, we need to understand each other as much as possible, and 'to educate as the practice of freedom' (Friere, quoted in Maylor, 2012). Exchange is of paramount importance, and to engage in social contact outside educational institutions (Li, 2012) to enhance understanding and respect, and to become both culture- and task- oriented. It is that aspect of exchange that the University of Bedfordshire is developing with its students that should reap such rewards in cultural understanding in the future. 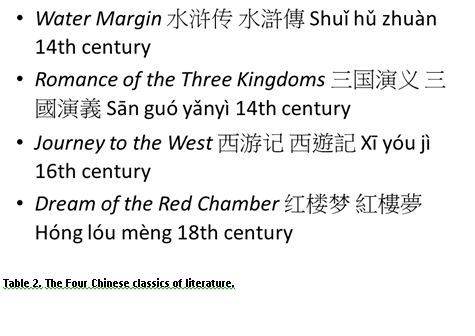 @bedsCLE
RT @AdvanceHE: If you are a disabled student studying #HigherEd in England, the Disabled Students’ Commission would like to hear about your…

@bedsCLE
#LTHEchat 206: Are we really going to decolonise the curriculum? If so, how and when? Check in on Wednesday evening to join the discussion