A gateway to the medical research world

“I found the university to be a great place and there was always plenty to do around the campus. From the moment I first arrived I decided I was going to get involved in student life as much as possible.” 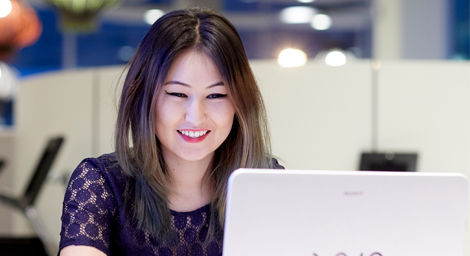 "I’ve just graduated with a degree in Biomedical Science from the University of Bedfordshire. The reason I took this course is because I’ve always had an interest in science, specifically the medical and health related aspects.

“However, I didn’t know if I wanted to become a doctor or study medicine at university as I also had interest in the research side of the medical field. That is why I chose Biomedical Science, it is the kind of course that can open a variety of doors in the medical sector.

“The reason I chose to study at Bedfordshire is due to its hands-on, practical approach to learning. For me, that is the best way to learn. Biomedical courses were on offer at other institutions but the modules offered at Beds were exactly what I was looking for. The clincher was that their course had more lab time than any other I had looked at. That was important for me as I wanted to be as practical as possible and spend as much time in the laboratory as I could. But the academic and theoretical side are strong as well, so it is a well-rounded course. It is an IBMS accredited course and it was also these components that appealed to me.

“Another key aspect of studying at Bedfordshire is that you’re not limited to just science or the topic that you’ve chosen to study. There are modules you can take that teach you transferable skills that are relevant to industry and working in the outside world once you have graduated.

"Outside of the course, I found the University to be a great place and there was always plenty to do around the campus. From the moment I first arrived I decided I was going get involved in student life as much as possible. I was on the University’s kick-boxing team, volunteered as a Course Rep; was President of the Life Science Society and also a Fresher’s Angel, which involves welcoming new students to the University. On top of that I was an active member of the Students’ Union and was Bedfordshire’s NUS delegate for three years.

“Being so involved meant I was always busy and had plenty of friends and things to do at the University. But it also meant I got to meet people outside of my course and halls. It meant I knew people from across the university, different departments and faculties – it was great. It made it feel like a real community as everywhere I went I probably knew at least one face. My work with the SU also meant I got to go to a lot of NUS delegate conferences around the country where I would speak. This gave me huge confidence that I was making a real difference, which is a great feeling. This has given me great experience which I can use outside in the real world.

“I’d definitely recommend the University to anyone, it’s a great place. There are a lot of opportunities that are put your way and all you have to do is grab them. There is an enormous amount of support for students, both from an academic perspective and just generally when you arrive and as part of your day-to-day student life.

“Moving forward I am now going to be studying my masters and then my doctorate, potentially in the field of cardiac stem cell research, as this is an area of study that really interests me thanks to my undergraduate study at the University of Bedfordshire.”