Melvin has the Xtra Factor

“My lecturers were very big on getting me involved in things outside of the degree, like student radio. Coming to Luton really gave me that radio experience so when I worked for the BBC Radio 1Xtra as a broadcast assistant, I wasn’t scared in that environment; I was completely comfortable.” 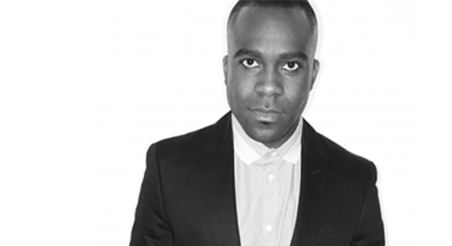 Turn your television sets to the X Factor every Saturday and eventually you’ll see University of Bedfordshire alumnus Melvin Odoom strutting his stuff on stage. Not as a contestant, but as a presenter.

Melvin, who graduated in 2001 in Media Performance and Radio from what was then the University of Luton, is now co-hosting the talent show’s spin off series, the Xtra Factor. Partnering The Saturdays singer and long-term friend Rochelle Humes, Melvin forms a lively duo.

“To be working on the Xtra Factor is a dream come true for me,” said an enthusiastic Melvin when we spoke to him just days after the show began on August 29.

“This is the first gig in a long time where everyone has watched it. You don’t realise how big a deal it is until you’re getting phone calls from cousins you haven’t heard from in years.

“It’s a perfect gig because you get to interact with the punters, celebrities and do sketches at the same time. It’s just a really fun show to be on.”

For the past eight years, Melvin’s presented Kiss FM’s Breakfast Show alongside fellow Bedfordshire graduate Rickie Haywood-Williams. A regular on former cult children’s programme Dick and Dom in da Bungalow, Melvin has been looking to expand on his already impressive media exploits, after a spell on BBC Three panel show Sweat the Small Stuff.

As Melvin’s grown accustomed to now after a decade in the industry, the interview process for his latest ‘gig’ was far from usual.

“In the last couple of years I’ve been wanting to move into more mainstream television,” he said. “When I saw they [the Xtra Factor] were looking for a new presenter this year, I thought it would be a great opportunity.

“I already had a relationship with Rochelle from Sweat the Small Stuff. Rochelle had a meeting with Simon Cowell and we came up with a sizzle tape of our vision for the Xtra Factor, and then sent it to Simon and ITV. They loved it!”

Turn the clocks back not too far and Melvin and his radio partner Rickie were preparing their double act for an appearance on a talent show, this time as contestants. After numerous weeks of rehearsals, the pair received a call the week before the show was due to air informing them it had been cancelled. Devastation at the time has slowly morphed into optimism and now Melvin has another bite of the cherry.

Before that, Melvin was expressing his talent at local schools, teaching dance to young children.

But he wasn’t always in the spotlight. Before joining the University, Melvin, by his own admittance, had very limited knowledge or experience of broadcasting. Come graduation day, he was a changed man.

“Luton was a really great place to find myself as an individual,” he explained. “I learnt life skills there and how to be a young adult.

“Although I had a passion for radio I didn’t really have the skills to do it until I came to Luton. Being at Luton really prepared me in terms of my skill set.

“My lecturers were very big on getting me involved in things outside of the degree, like student radio. Coming to Luton really gave me that radio experience so when I worked for the BBC Radio 1Xtra as a broadcast assistant, I wasn’t scared in that environment; I was completely comfortable.”

So how does Melvin’s university experience compare to his showbiz highlights?

“I’ve done some remarkable and great things and met some great people, but I remember being so happy at university. Every single day during my first year, I felt like I was meeting someone new.

“It was a really great time for me. Without them (the University), I don’t know what I would have done.”

Such was the positivity of his time at Bedfordshire, Melvin’s sister, Yonah, chose to follow in his footsteps. A budding actress, Yonah graduated in Media Performance and Marketing, and is now working on her own comedy series, YOMO (You Only Marry Once), which Melvin is helping to produce.

“I visited her on campus in her first year and I remembered how much I missed it, how much fun I had and how much I learnt,” he reminisced.

“They have so much to offer, with such a variety of different courses. The University of Bedfordshire has been immense and massively important to my family.”

35-year-old Melvin’s career has now come full circle. From those early days learning about life while teaching dance to youngsters in schools, he’s now in a position, with the relevant experience and celebrity status, to give back.

An ambassador for The Prince’s Trust, Melvin also works with Rays of Sunshine, a charity aimed at improving the lives of seriously ill children. In addition, he continues to visit schools in London and has even visited his old alma mater, inspiring the next generation of media stars.

The X Factor is here.